The Many Uses of Beech Wood 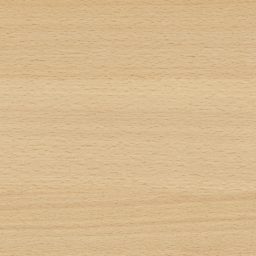 Beech trees are a monoecious species native to temperate Europe, Asia, and North America. Recent classifications recognize between ten and thirteen species within this genus and two subgenera. In recent years, beech wood has become an increasingly popular flooring material, due to its versatility and resistance to pests and insects. But what makes this hardwood such a desirable option for home decor? We’ll look at some of the most common uses for beech wood below.

They are an ornamental tree

The American beech is an ornamental tree that grows in moist soils in hardwood forests. Its broad range includes southern Ontario to Florida, Wisconsin to Illinois, and Missouri to Texas. It is also common throughout Virginia. The word beech is derived from the same root as the word book. Beech wood is used in the making of inexpensive furniture and fuel. Beech trees are widely used as ornaments in large landscapes.

They are a hardwood

Beech wood is a reddish brown color with tiny pores and conspicuous rays. It has an even, fine texture, is strong, and is medium stiff. It is a staple in the European lumber industry and has a wide range of uses, including cabinetmaking and furniture. Because of its high density, beech wood is a desirable choice for many applications. Its properties make it durable and easily shaped.

They are resistant to insects

The beech tree is a woody plant characterized by its resistance to insect attacks. Although it is hard to grow and breed beech trees, a new method of grafting allows for a successful restoration effort. A hot-callus grafting technique has been developed which can be used with mature trees. This technique is genetically compatible with beech trees. The technique also provides a genetic basis for the creation of regional seed orchards.

They are good for furniture

Beech wood has a long history of use in furniture. Early furniture makers prized its straight grain and affordability. It is also known for its strength, especially in furniture. In comparison to birch, which tends to crack along knots, beech adds pliability, strength, and a smooth surface. While beech is an inexpensive wood, inferior grade wood often has warping, twisting, and moisture retention problems.

Beech wood absorbs moisture from the air and is commonly used in furniture and other interior items. Unlike maple, however, beech is highly susceptible to moisture, which can lead to fungus and mold growth, and significantly decrease the value of a piece. This article discusses the causes and possible solutions to the problem. Read on to learn more. We’ll explore some of the most common causes and solutions for this problem.